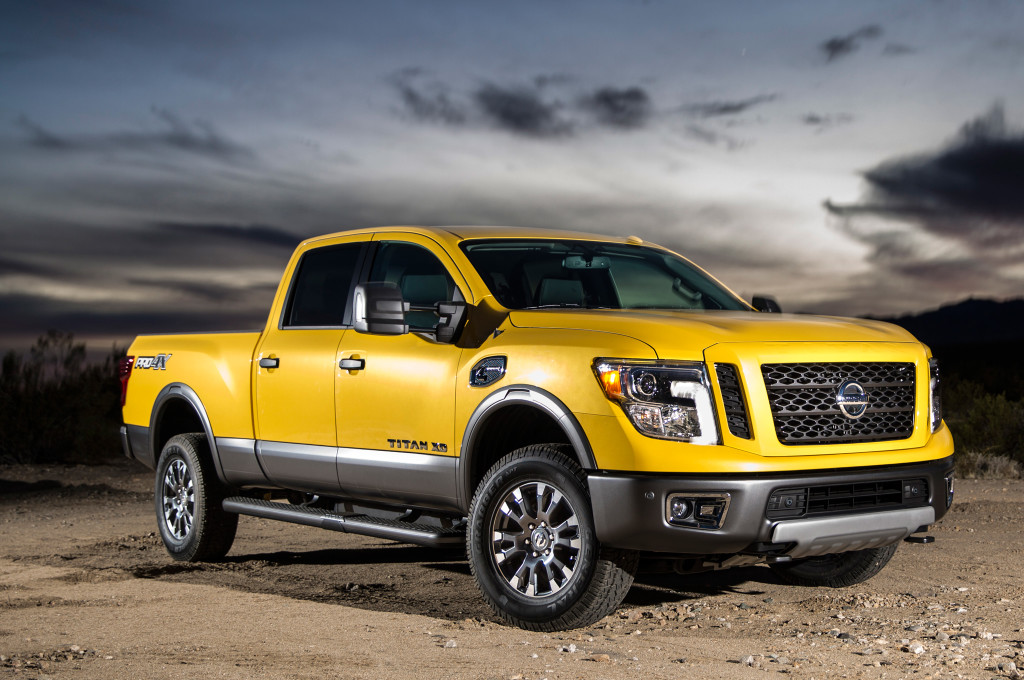 View Our InventoryLearn More About the Nissan Titan

For the second year in a row, the Nissan Titan was named as a finalist for North American Truck of the Year (NATOY). This highly prestigious annual award is given by an independent group of North American automotive journalists. The latest announcement, revealing that the all-new Titan was one of three finalists, was made at the Motor Press Guild breakfast at the Los Angeles Auto Show.

Last year, the Titan XD was considered for North American Truck of the Year. For 2017, the honor goes to the brand-new half-ton Titan. The big, bold new Titan is projected to have the highest volume of any Nissan model, and it possesses features and functionality that impressed the judges.

Becoming a NATOY finalist is a tough, competitive road. To make the long list, the jury chose finalists that had achieved new competitive benchmarks in their class. Then, trucks on the short list were evaluated and ranked for innovation, performance, handling, value for the price, safety, and overall driver satisfaction. It’s truly an honor for the Titan to be nominated.

The popular full-size Nissan Titan is well-established as a hard-charging, powerful and capable pickup. The new half-ton model contains a 5.6L Endurance® V8 engine that pumps out 390 hp, and it comes in five appealing trim levels. Crew Cab and Single Cab body styles are available, with a King Cab option coming soon.

The Crew Cab half-ton has a standard 5.5 foot truck bed that isn’t just tough, it’s also convenient. The Utili-track® Bed Channel System uses reinforced aluminum alloy cleats that can move and lock at any point along the walls, plus bed floor and header tracks that give big-time flexibility when tying things down. Between that and the handy spray-on bedliner option, specialized LED bedrail lighting, and 120-volt outlets accessible from the truck bed, the Titan makes life on the job flexible and productive.

The Titan is garnering attention from other industry groups, too. The Texas Auto Writers Association named the 2017 Titan “Best Value,” “Full-size Truck of Texas,” and “Commercial Vehicle of Texas.” It also received the title of “Extreme Off-Road” as part of the Active Lifestyle Vehicle Awards.

The Nissan Titan is proving itself again and again, and it’s the one to beat for the North American Truck of the Year. Test drive this awesome pickup and learn more about the 2017 Titan at Jeffrey Nissan. Contact us now to get started!